At a Synod/Presbytery meeting in 2015, the members agreed to amendments of the Ethical Investment Policy. These amendments were discussed at great length and a proposal was put forward to exclude companies which extract coal from the ground for the production of energy, from the Uniting Church SAs investible universe.

The members agreed to exclude companies that extract coal for the production of energy from Uniting Church SAs investments. This meant that BHP Billiton and Rio Tinto, which are two of the better known and obvious coal extractors, are now outside of the guidelines for investing the Churchs funds.

Upon examination of the Churchs investment portfolio, and follow up on the operations of other companies that the Church has invested in, it became apparent that AGL Energy extracts coal from a mine which they own in Victoria, next to one of their coal power plants. Due to this extraction operation, the Resources Board on recommendation from the Ethical Investment Working Group, agreed to place AGL Energy on its investment exclusion list.

It is worth noting that the Uniting Churchs Ethical Investment Policy is specific in its exclusions (i.e. coal extraction), and that employees, contractors, investors and the Board of AGL Energy are not unethical by association, but the Church has made a decision to exclude AGL due to this one activity of its company. 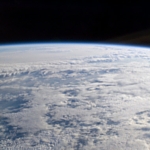